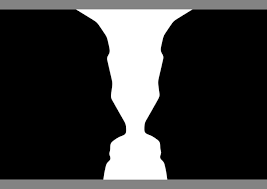 I have been in trouble many times. I was frequently in trouble as a child and have not exactly avoided being in trouble in my working life. Nothing too serious or criminal, I would add, but I have been far from well-behaved, at least as far as others are concerned.

Sometimes the trouble was well-deserved. I knew that I had done something wrong, and I may very well have known that it would lead to trouble when I did it. While I never like being the subject of anger or disappointment, it is hard to blame the others concerned in these situations even though I may very much want to do so.

I know that it is an easy excuse to claim to be misunderstood, but I think that in the case of many autistic people that it absolutely the case. Most autistic people that I have come across do not set out to be difficult or to cause problems. Indeed, many of us work hard a lot of the time to try and fit in and keep a low profile. It just often does not seem to work out that way!

In my professional career I have frequently been pulled up because my autism means that I speak my mind, will not play along with things that I think are ridiculous and will not stop challenging decisions made by others that I think are wrong. I cannot stand by and watch injustice happening, and I cannot just follow instructions without understanding why they have been given. I know that I am not always right by any stretch of the imagination, but equally I do not think that it is unreasonable to ask for a clear explanation of a decision.

However, it turns out that asking questions like “what problem is this meant to solve?”, “what does success look like?” and even just “why?” are often taken as threats by those in authority. I still fail to understand this. If a decision has been properly thought through and there are good reasons supporting it, sharing these will assuage the concerns of many. Most people are not unreasonable. We may still not agree with the decision but knowing the reasons behind it will at least help us to understand why it has been made in this way.

But all too often just asking for the reasoning behind a decision and challenging it in any way is taken as a huge threat. Looking at this logically, as I cannot help myself from doing, leads me to only one conclusion – the reasoning behind the decision is either not robust or there is a hidden agenda at play. Of course, incompetence is always the most likely solution for anything going wrong, and nobody likes to be shown up as making mistakes. But surely you think through obvious challenges or run an idea past a few others before announcing it more widely?

Good leaders lead from the front and take people with them. The best way to do this is to set out the reasoning behind their plan. Weak leaders simply give orders and expect them to be carried out regardless. My autism usually prevents me from doing this, and is misunderstood, either deliberately or in ignorance, as insubordination or worse. But very often I will find that when I speak up many others agree with me but do so in silence. I have been told more than once that I say what others are thinking and that they rely on me to raise the concerns of many rather than speak up themselves. It is just me that cannot keep my mouth shut, which again I believe is an autistic trait. It is nice to know that others agree with me, but it would also be helpful to share the burden of raising concerns a bit more evenly!

The response to a challenge is far too often that good old fall-back of shoot the messenger. Please do not misunderstand autistic people as deliberately trying to cause trouble, we really do not set out to do that. But we cannot bear injustice and we just want to understand why things are as they are. The world is a strange place and what is obvious to others is frequently bizarre to us. If we ask a question, it is because we genuinely want or even need to know the answer. Surely there is nothing wrong with that?

Another time when autistic behaviour is misunderstood is in the area of hypersensitivity. In general, society is getting a little better at seeing the need to put ourselves in the place of others. But this still does not seem to apply to the needs of autistic people much of the time. When I have raised concerns about noise in offices, I have all too frequently been dismissed as the person I am speaking to is not themselves bothered by the noise. I have been told that it is an open-plan office, what do I expect? In essence, I am being told I am unreasonable in raising this as an issue because it does not affect everybody else.

Just because a condition cannot be seen does not make it not exist or that it is appropriate to just dismiss it. I would not complain about noise in the office because I have nothing better to do and want to cause trouble – I hate making a fuss about anything, but I will not be a pushover either. If an autistic person is raising an environmental concern it is because it is a real problem for them.

I do not think I will ever be able to adequately convey to others the impact that a noisy environment has on me, particularly one filled with many voices. How do describe the specific pain of a type of headache? This is similar but different, it can literally feel like my head is about to explode. I know that this is hard to accept for others as it just does not bother them, which is why we have to trust each other and accept what they say until given a good reason no to.

My employer likes it very much when my different way of seeing the world solves business problems, or when my autistic thirst for justice ensures that I pursue an issue to a conclusion. But my hypersensitivity and need to question things come as part of the package. You cannot pick and choose which autistic behaviours you want to keep and which to lose – believe me I have tried!

Autistic behaviour is, like any other behaviour that differs from the perceived norm, frequently misunderstood. This will change with time and education, but in the meantime we all need to give each other the benefit of the doubt more often. Most people are decent and doing their best, but we are all different, and autistic people can be vastly different. We all need to try and understand each other a little more and not just dismiss behaviours that differ from our own as wrong.

Different is good, and understanding and respecting differences is the way we move forward together.