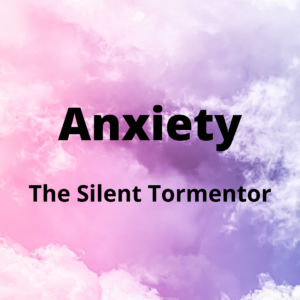 Have you ever had one of those dreams where bad things are happening all around you, you know exactly what you need to do to stop them happening and yet you are unable to move or speak? You just feel the anguish as disaster unfolds before you and no matter how hard you try you can do nothing to stop it.

For those of us with anxiety, parts of our waking lives can feel like that. Fortunately, most of the disasters we anticipate do not take place, but the complete inability to act and do almost anything for a period is very real.

Such is the power of the mind over the body – it can become so consumed with worries and working through any number of disastrous predictions of the future, most of which are either impossible or very highly unlikely, that it prevents us from living properly in the present. If it does let us act beyond performing extremely basic and necessary functions, it may be to do something utterly ludicrous in anticipation of an event that will never take place but is an action that itself makes things worse – a self-fulfilling prophecy.

I have had anxiety for a very long time. For many years I thought I was just one of life’s worriers, and that is what others told me too. To an extent, being a worrier is healthy – to anticipate things that could genuinely go wrong and either take steps to prevent them or have a plan if they happen is sensible in moderation. When I get on a plane, I would like to think that the crew was worried enough about safety to carry out the necessary inspections and checks before the flight to ensure that we will finish the journey with as many wings and engines as we start it.

But anxiety, as I have learned the hard way, is much more than being a worrier. It is a condition where your mind becomes so fixated on one or more awful future scenarios that it cannot see past them. These thoughts become all consuming and feed off the attention they are given, which is a lot because you simply cannot think of anything else. Things that were remote possibilities at first quickly move to very possible to highly likely to pretty much certain. You fall asleep anxious about what you have convinced yourself is going to happen, dream about it and then wake exhausted for it to be your first thought of the new day. It grows like a snowball rolling faster and faster down a hill, taking on a life of its own in your head, until one way or another, the cycle is broken.

But even that may not be then end. There have been times in my life when I would genuinely become very anxious if I could not remember what I was supposed to be worrying about. It was inconceivable to me that there might actually not be anything in particular I needed to be anxious about. People that were not anxious seemed reckless and irresponsible to me. That was no way to live.

How do you break the cycle, even just to get some temporary respite? I honestly wish I knew a simple trick, but I really don’t think such a thing exists. My strategies for tackling my anxiety have evolved and are still not nearly as effective as I would like.

Trying to look at the issue in a cold, logical, rational way by embracing my inner Vulcan can help for a bit, but anxiety normally laughs in the face of logic. Reflecting on past worries that did not materialise can also ease my mind, though it will also quickly take me back to the few times when my worst fears were realised. Right now keeping busy is my best strategy – avoiding silence, ideally doing at least 2 things at any given moment and wearing myself out until I cannot help but sleep. Of course, this is not healthy, and I absolutely do not recommend it as a strategy.

The other option is patience. In most cases, the situation I am anxious about resolves or passes, leaving me feeling stupid for wasting yet more hours of my life worrying unnecessarily. But at least it has gone – for now.

I do not want to waste any more of my life paralysed by fear and worry about things that never happen. I feel I should be more mentally resilient. But all I can do is keep fighting one battle at a time and try to carry over a scintilla of experience from each one to the next that may improve things in the long run. But it will be a long run.

One other thing that really helps is friends and family that understand and don’t tell you to just snap out of it and stop being so silly. Anxiety is all too real, and we really would just snap put of it if we could. Being a good and non-judgmental friend to someone with anxiety is a truly special gift to give. It means so much to not feel alone on top of everything else.

I know there are a lot of us going through this. Keep going and keep fighting. You are not alone.